When my brother was three, he decided that he was meant to be a die-hard Yankees fan.  And, so, we followed his lead.  We have lots of happy memories of summer afternoons spent at Yankees stadium as a family, eating turkey sandwiches from The Market Basket (a popular deli near our house in northern New Jersey) and chanting “Hip, Hip, Jorge!”  The ongoing joke about me is that I spent the entire game with my nose in a book (which is totally true, I admit – but, hey, my verbal SAT scores were killer!).

This past Hanukkah, he gave me a Yankees cap in which I plan to train for my next *big* race, the 100 on 100.  It’s a 100-mile team relay along Vermont’s Route 100, ending near the Canadian border.  Six teammates (gathered together by my life-long friend/long-distance running partner, Audrey) will slug it out for 12+ hours, with total distance per runner coming in at 15-19 miles.  My training begins, in earnest, early next month.

In the meantime, a sports-meets-fashion homage to my favorite team.  Go, Yanks. 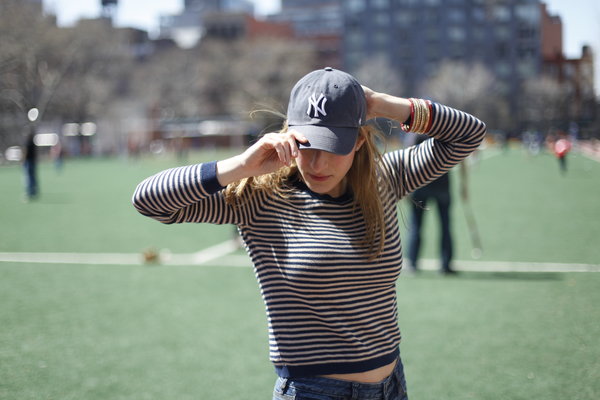 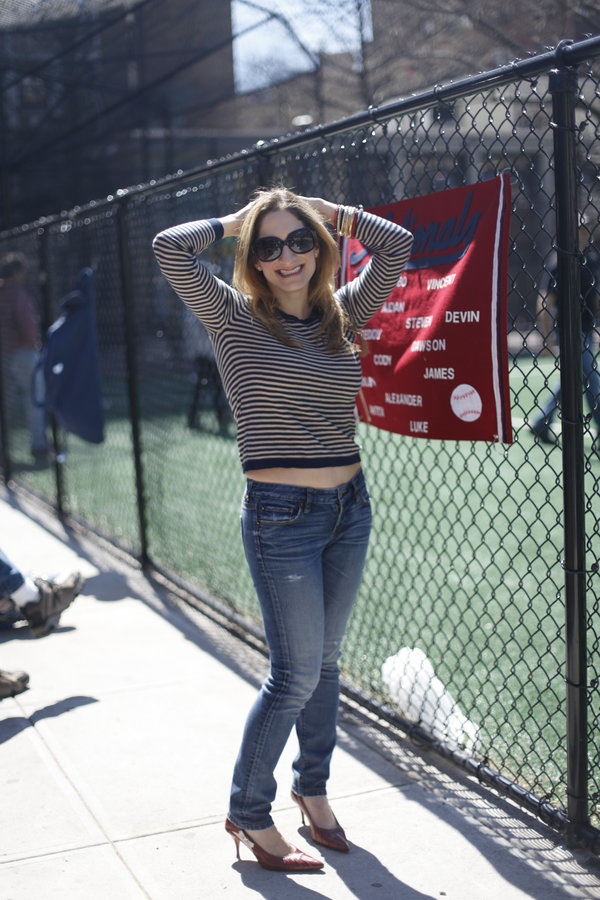 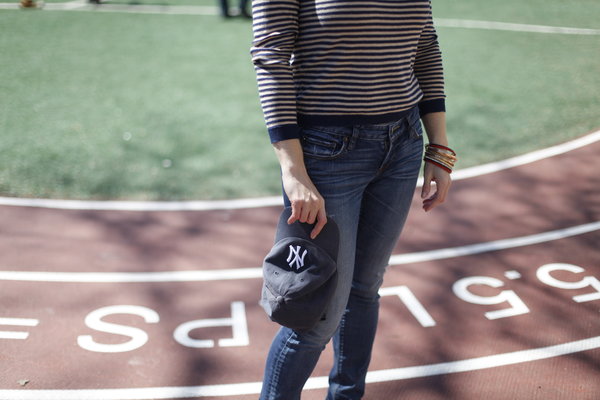 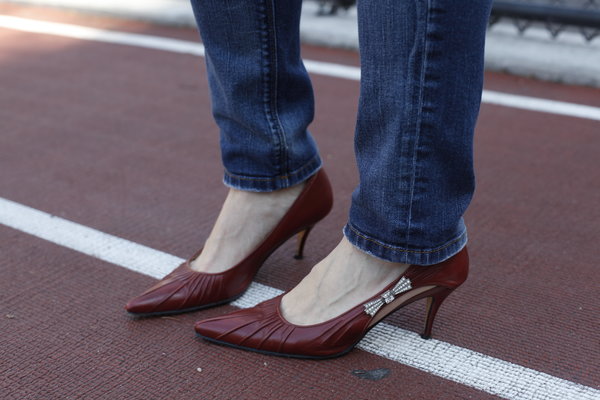