I admit it: I’m a little afraid of heights.  It’s relatively new, related to nothing in particular.

So, I decided to go indoor rock climbing.

Why?  You only go around once.  And, I believe that there is something to confronting your fears, whatever they are, from silly to serious.

Brooklyn Boulders was founded by 3 guys who were frat brothers at Babson.  Their gym is a huge, brightly-lit industrial space (22,000 square feet) a few blocks away from the new Barclay’s Center (the guys were here 3+ years before Jay-Z made the Atlantic-Pacific stop cool, just fyi).  They also offer slacklining (you know, it looks like you’re balancing on a tightrope) and yoga.

I sign my life away, with a few clicks on an iPad.  And, start off bouldering, which is essentially climbing without a harness or ropes, usually a shorter climb over a blue mat called a “crash pad.”  Awesome. 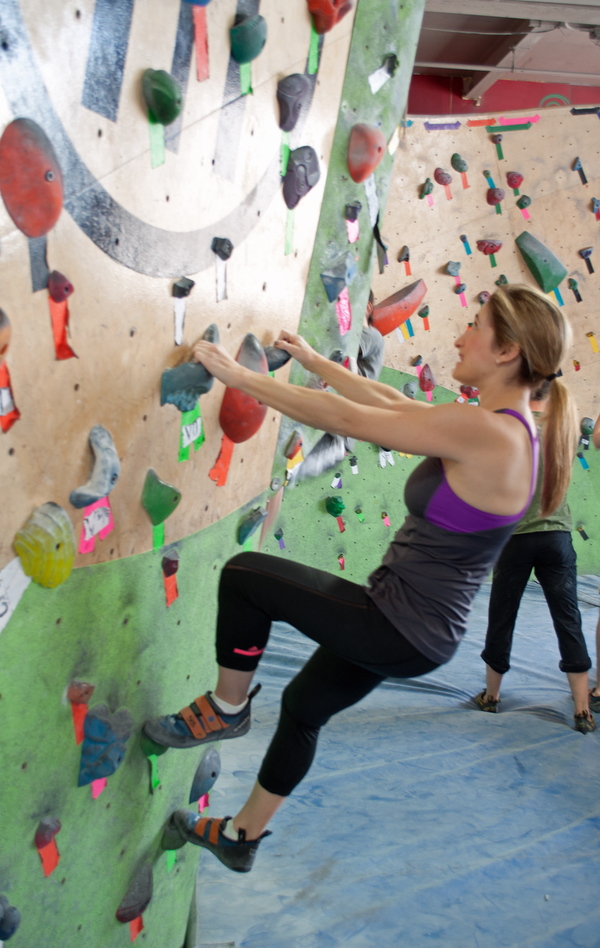 The level of difficulty in bouldering is rated using the V Scale (V0-V14)–each level marked with a particular color, becoming more challenging as the numbers increase.  I start on V0, marked with bright green tape. 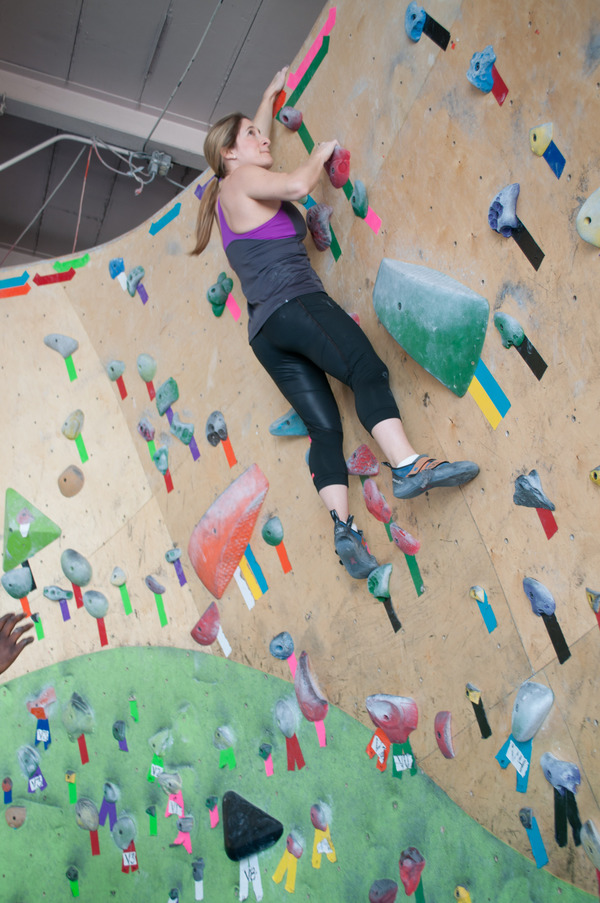 Touching the top of the wall means that you’ve successfully completed the climb (technically, with both hands…). 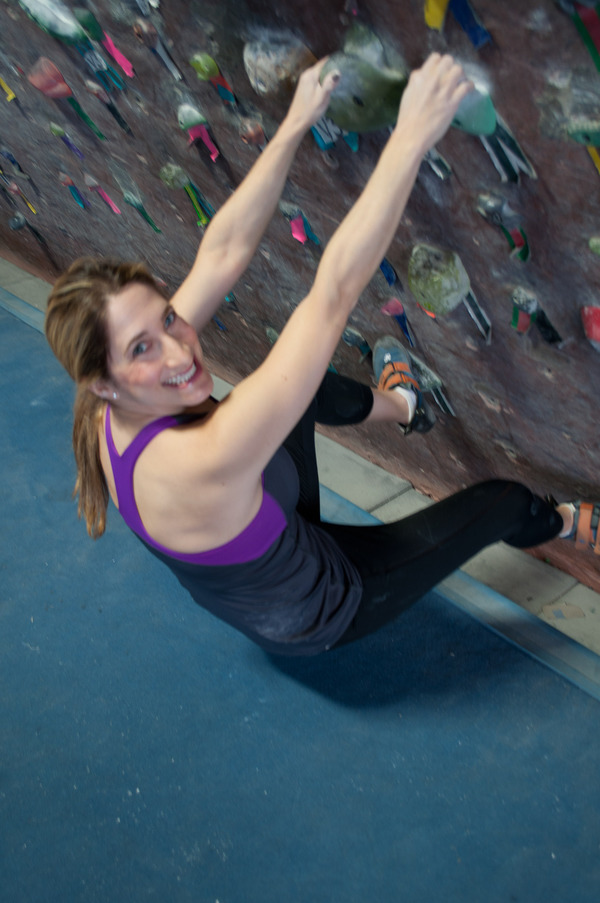 Next, on to an incline wall, this one is 30%.  MUCH harder than the first.  My fingers start to feel a little numb. 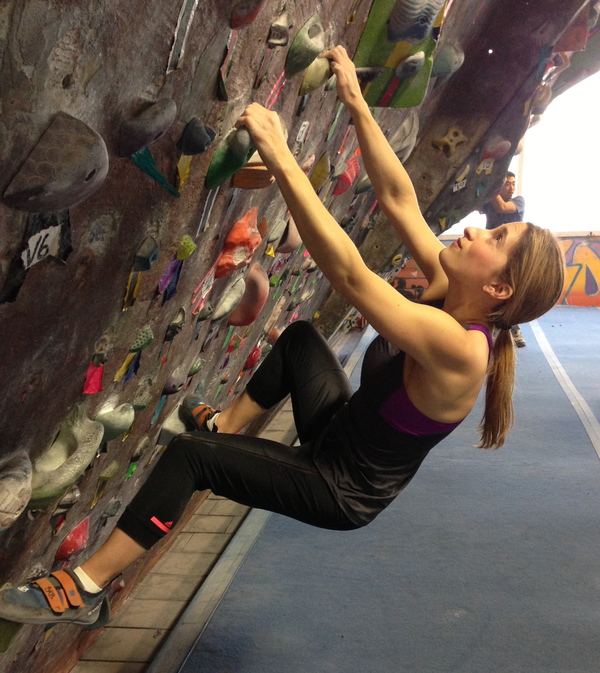 It requires much more thought and calculation, trying to keep my grip on the last hold while reaching for the next.

And, then, once I’ve got that down, my climbing pro instructor Pieter tells me that it’s time to get the harness on and chalk up for the ropes course on the other side of the gym. 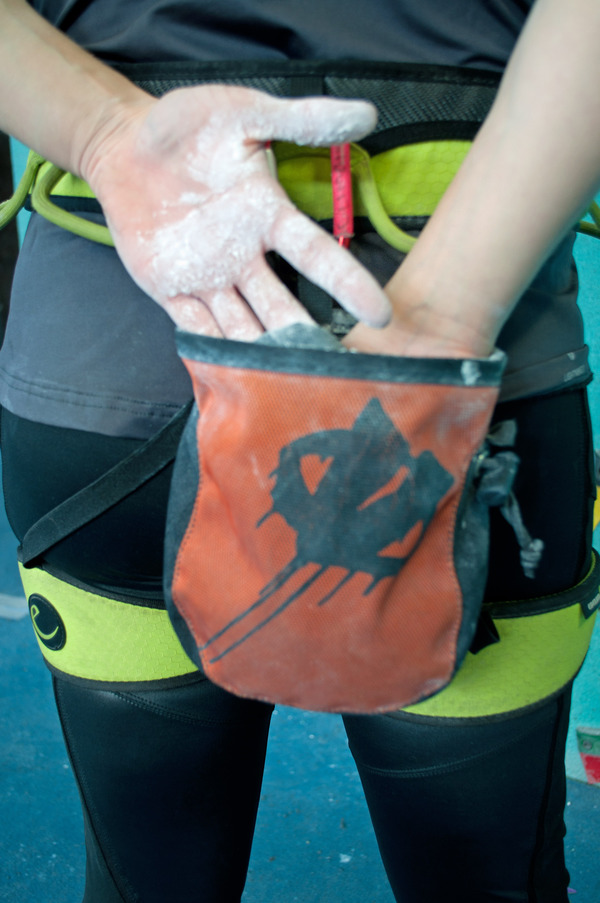 Um, I start to sweat.

The Heat in the Dead of Winter {Part I}

The Heat in the Dead of Winter {Part II}