Over the past decade, the collective fascination with fancy footwear has heightened to
never-before-seen altitudes–right along with the heels of stilettos, themselves.

“Shoe Obsession,” on view now at The Museum at FIT, explores “the rise of the shoe” as described by Associate Curator of Accessories Colleen Hill, who worked alongside Valerie Steele, the Museum’s decidedly chic director and chief curator, to create the fantastical exhibition in just 8 months.  It explores the phenomenon by which designer footwear has taken center stage in the female wardrobe, replacing the “it” bag as women’s must-have accessory.

Whether it was Carrie’s Manolo craze in Sex & the City or the artful, avant garde designs of emerging designers like Nicholas Kirkwood and Charlotte Olympia (on display), one thing is for sure: there are many, many reasons to adore shoes.

Footwear fact: the average American woman has nearly double the pairs that she had inside her closet in the late ’90s.

Check out “Shoe Obsession,” here, and you’ll see why. 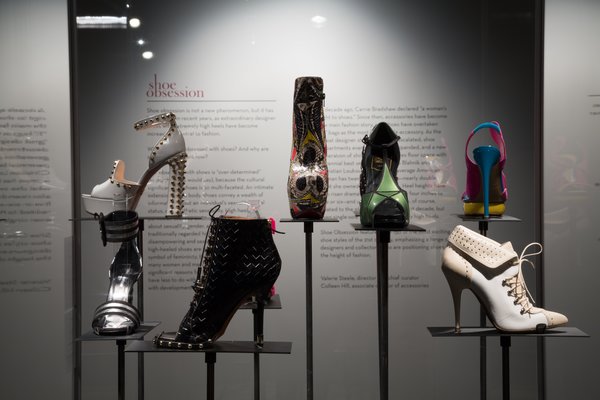 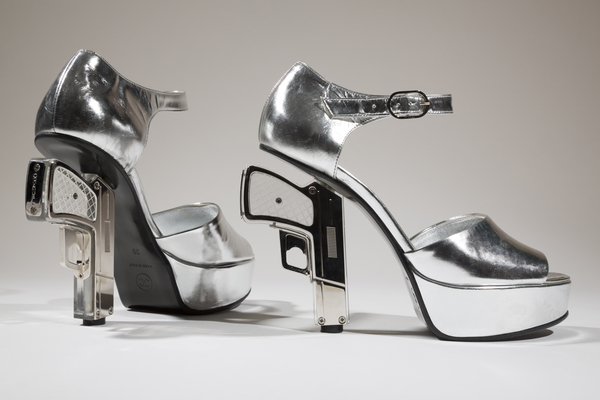 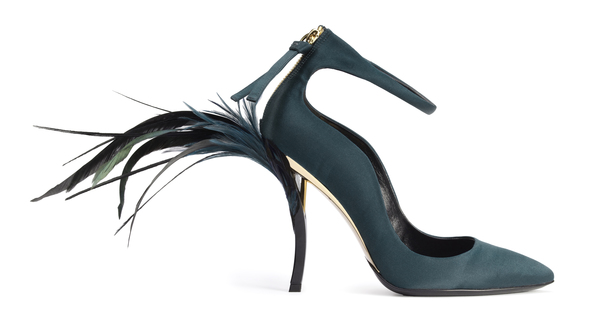 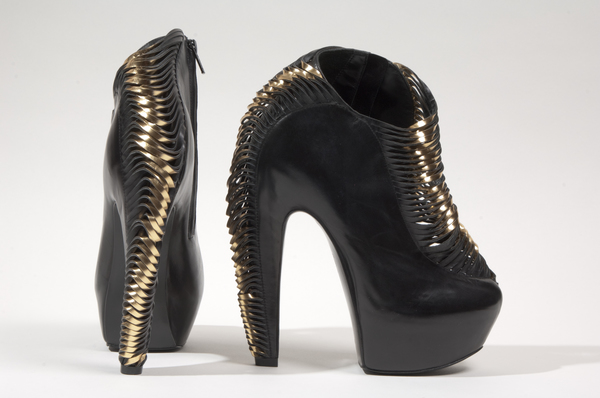 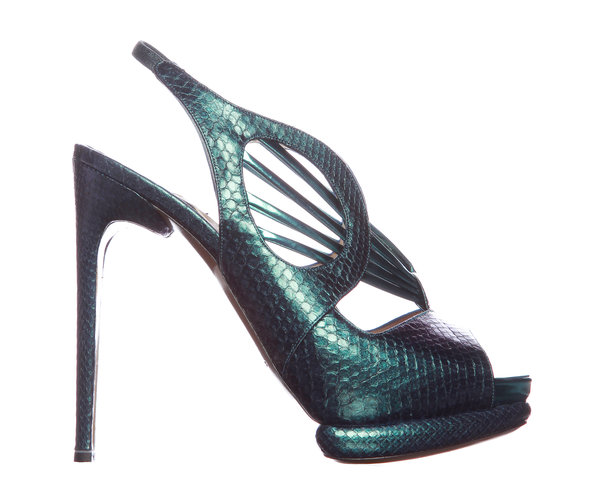 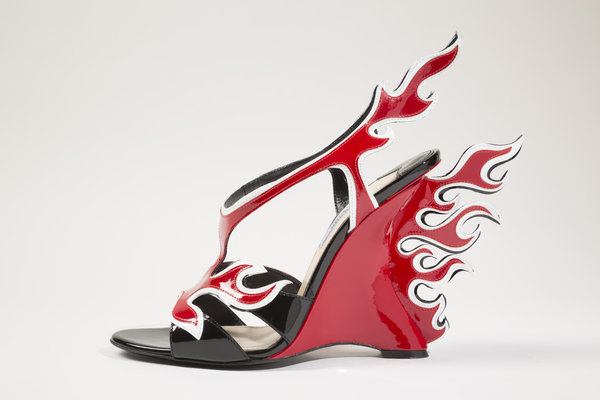 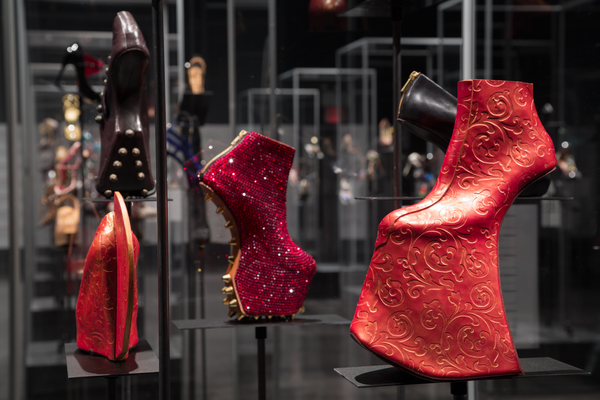 Image 3:
Chanel, 2009
From the collection of Lynn Ban
Photograph © The Museum at FIT

Image 8:
Prada, Spring 2012
From the collection of Lynn Ban
Photograph © The Museum at FIT

5 thoughts on “At the Height of Fashion”