I recently took a few weeks off from hard core exercise (speed walking, which was allowed, doesn’t do it for me) and now that I’m approved to really get moving again, I couldn’t wait.  But, I also felt a little hesitant.  Should I have scheduled my session after I’d had the chance to get in a few solo runs or straightforward elliptical?  In any case, the appointment with BSF’s founder was set and suddenly, there I was–lunging while gripping a 30-pound duffle bag filled with water.

But, let me start from the beginning. 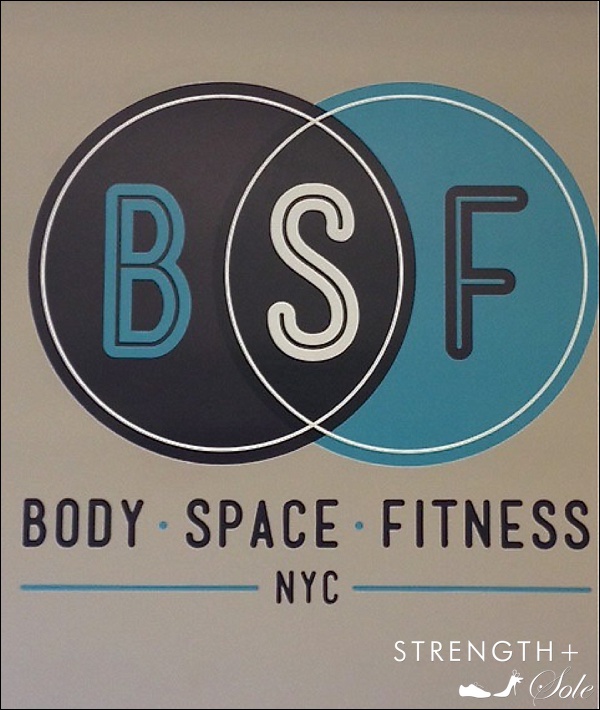 Body Space Fitness was founded two years ago by Kelvin Gary, an NYU Stern MBA grad with an engineering background. Like many people in fitness, Kelvin started in the corporate world and ultimately decided that he could put his skills (hello, chemistry!) to better use helping others do what he loved most.

The BSF concept is largely based around semi-private training where a small group of clients work out together for team spirit, but, each performs a personalized program designed by Kelvin to meet his/her pre-defined goal, whether that’s weight loss for an event, race training or all-around muscle tone. Programs are centered around functional fitness, so, you’ll work with kettlebells more than free weights, for greater range of motion, and spend a lot of time pushing, pulling and planking.

On the morning that I was there, a pretty ripped woman in her 40s was wrapping up her prep for her daughter’s Bat Mitzvah, while designer Rebecca Minkoff was on her way out after a typical bi-weekly workout (she’s a long-time client and Kelvin fan). I spent my session using TRX ropes, doing speed drills, pushing and pulling the infamous sled and of course, lunging with Kelvin’s pink aqua bag. 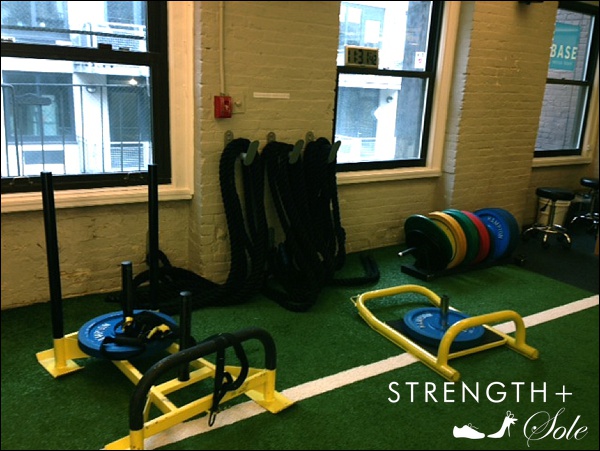 When I caught my breath 45 minutes later, I decided that what I liked best about Kelvin’s approach is that it’s very real. His workouts make sense. And, he’s super intelligent about the way our bodies work, especially when it comes to diet–one of the most important factors when you’re simply fine-tuning vs. trying to lose a lot of weight.  Based on natural body type, Kelvin can rattle off the percentage of carbs, protein and fat that will help shed those last few pounds and reveal the muscles that you’ve been building underneath.  And, if you’re looking to make excuses for abandoning the routine while traveling for business, forget about it.  Kelvin informed me that we can all source salads, chicken and yogurt in any U.S. airport. 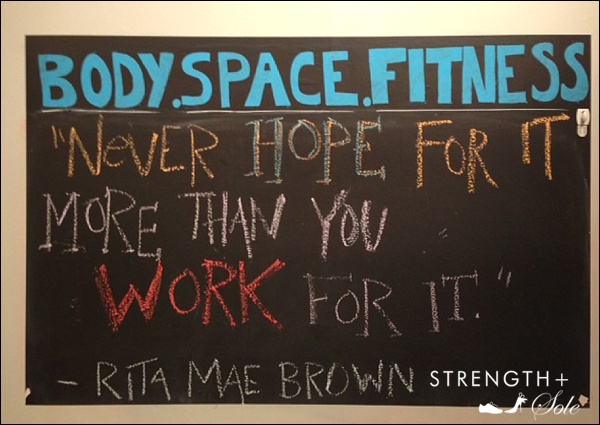 As for me, I worked out 4 of the 6 days that followed my session at Body Space Fitness.  Which means that I’m back in the game.  And, soon to be better than ever.

7 thoughts on “Back in the Game”