In a city like New York, where there are 8.3 million people in competition 24/7 for jobs, apartments and reservations, plus space on the sidewalk and seats on the subway, it’s really nice to see a familiar face in an unexpected place.  And eleven years into my city residency, nothing makes me happier than knowing that with every day that goes by, I see those faces more and more often.

So, I was thrilled that my former colleague, Helaine Knapp, is now the founder of one of the most buzz-worthy new fitness studios on the Flatiron block: CityRow.

Helaine and I actually worked together twice, at two different media companies, and I’ve always admired her optimistic, easygoing personality.  After her latest stint on the digital side, she decided to pack up her business casual closet and re-invent herself, this time, rolling out bright blue mats and high-energy ergs.  I stopped by her studio at the corner of 14th & 5th for Signature Row, 50 minutes of interval rowing meets mat work, led by hunky instructor Shaun Jenkins (@thesrj).

Each station includes a water-based rowing machine and mat plus a variety of self-selected hand weights. The studio feels spacious, with under 15 rowers per class. Mine was a mix of girls and guys, and, I’ve heard that couples are also very into CityRow. 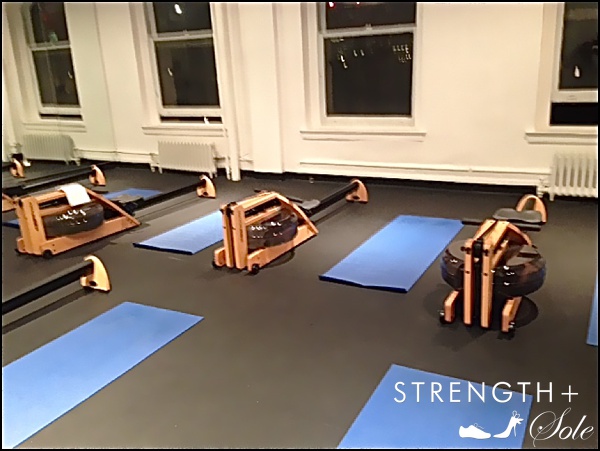 The class was a mix of traditional movements like squats, curls and pushups on the mat, combined with breathless rowing sprints. Shaun shouted CityRow’s standard directives, “Legs, core, arms!” and “Arms, core, legs!” to help first-time rowers remember their flow.

If you’re nervous about how to work your rowing machine, don’t worry. They’re extremely user-friendly with very few buttons.

(P.S. Never let equipment intimidation keep you from trying a new workout. I’ve found, that, especially with the introduction of so many new options in NYC, a primary focus of nearly all studios’ instructors and staff is helping new riders, rowers and guests learn the basics of how to feel comfortable and achieve optimal form.) 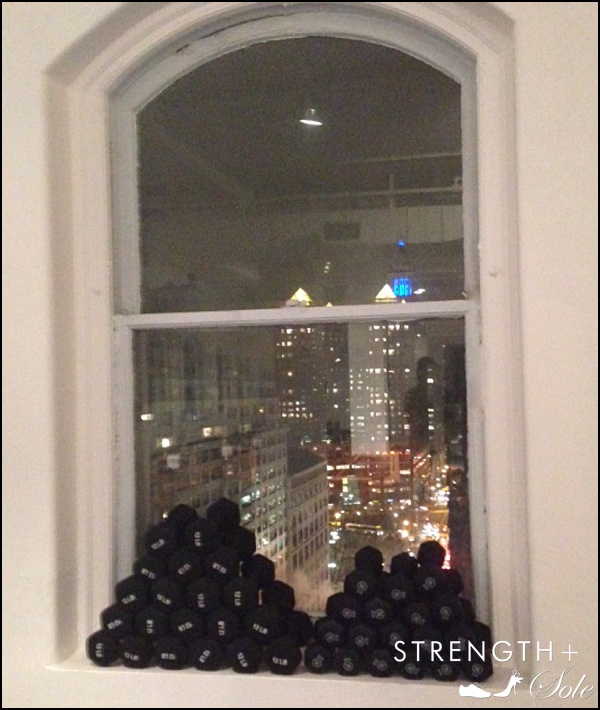 After class, as I stopped to wipe my forehead and put away my weights, I looked out the window: directly in line with the Empire State, the view’s pretty too!