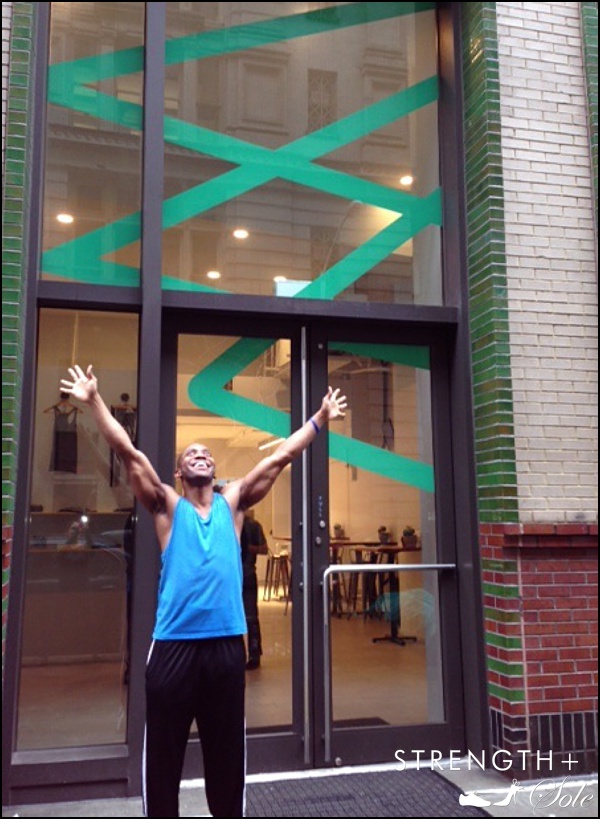 On May 14, 2008, his doctor told him that he was going to die.  Not only was it a chore to get through day-to-day life, like walking up a flight of stairs, but, his heart was working twice as hard as it should.  The next day, he cut out sugar and soda–resulting in a weight loss of 50 pounds over the next few months, alone–and never looked back.

Meet Doug Johnson, über instructor at SWERVE and one of the most inspirational guys on the NYC fitness scene.

Why he’s different: Well, for one thing, there’s Doug’s story–which is pretty unreal, especially once you check him out in a tank top.  In class, you’ll also find Doug alternating between riding and walking around the studio with an iPad in hand, like a clipboard.  Yup, he’s got your RPM, resistance, gear and output right in front of him, so, basically he knows exactly how hard every rider is working at all times. “I hold you accountable because I want you to be a stronger and more efficient rider,” he says.  And really, who wants to mess with that?

Doug’s schedule: “Nothing less than 20 classes per week, typically 24″ which nets out to 4-5 per day.

What he loves about SWERVE: “There’s unity in the team.  We really rile people up and it’s this rooting for their team, and for each other, as friends, that changes how the class ends.”

Where you’ll find him before or after teaching class: At Barry’s Bootcamp! “The best way that you stay on top of your craft is learning from others,” he says, noting that his ever-expanding core group of favorites there include: Patrick Frost, Courtney Paul, Noah Neiman and Natalie Raitano.

What’s inside his closet: Sleek, form-fitting pieces by Y-3, Zara and Lululemon.

Guilty pleasure? Sour Patch Kids (highly addictive, he says), along with any other type of sugar-loaded, gummy candy.

Fitness (and life) motto: “You are the embodiment of infinite possibilities.”  Can’t argue with that.

Want to book a class with Doug?  Click here.